I am attempting to collect information relating to people at risk for type 1 diabetes who might have tried home prevention therapies. Some of you know that my eldest son, Ben, had been positive for two islet cell antibodies and that we treated him with “Ben’s cocktail,” consisting of omega-3 fatty acids (DHA), vitamin D, a vitamin tablet with zinc, green tea and nicotinamide. His antibodies disappeared. Later, after stopping treatment, the antibodies reappeared. He returned to DHA therapy and the antibodies again disappeared. A recent medical manuscript, showed the safety of omega-3 fatty acids in pregnancy and with young infants who were at a high risk for type 1 diabetes. There was an overall statistical reduction of combined inflammatory cytokines at age 18-36 months of age in infants receiving the DHA. Inflammation in the pancreatic islets is believed to be involved in the development of type 1 diabetes. Unfortunately, that study was not powered (large enough or long enough) to evaluate a decrease in the onset of type 1 diabetes.

Ben’s “cocktail” has already been shared with some of you reading this. My hope is that a formal trial will be designed. In the interim, this forum is provided to assist you in doing your own research on prevention of Type 1 Diabetes (T1D).

No organization is receiving any compensation for the dissemination of this information. If you know of someone currently taking or has taken a variation of this “cocktail” in the past, please have them contact:
[email protected].

I believe the most cathartic way of dealing with a life changing event is to dig in and get involved!

Shortly after my son was diagnosed, we enrolled his older brother in two observational studies. The goal was to learn his genetic risk by finding out his allele combination. The highest risk alleles are DR3 and DR4. You get one from each parent – so nobody can inherit T1D from “his or her” side of the family. I also wanted to learn whether or not he had started developing autoantibodies. The five autoantibodies are GAD65, mIAA, ICA512, ICA and ZnT8.

During pregnancy with our third child, we enrolled in another observational study. She was the first DR3/DR4 (high risk allele) combination infant/sibling to enroll in a study regarding breast milk feeding and prevention. The study did not show a difference in rate of diagnosis between the children who were breast fed vs. those who were formula fed. (http://www.ncbi.nlm.nih.gov/pubmed/8773632)

While on a volunteer assignment reviewing grants, I read a powerful proposal articulating the correlation between inflammation and T1D. The timing was critical because shortly after that, I received a call from the head of the study Ben was enrolled in letting us know that he was positive for two autoantibodies. I immediately thought of that amazing grant and compelling logic. We found that Ben not only had the autoantibodies confirmed, but his level of inflammation was high. You can measure inflammation by measuring C-Reactive Protein (CRP) as well as cyclooxygenase 2 (COX2).

I was desperate to find out what we could do to stop progression. One child with T1D was enough!

In the grant proposal, they were suggesting fish oil. This would be the key component in our attempt to delay progression.

As a mom, I figured it couldn’t hurt to reach out to brilliant people in the field of T1D prevention. I asked:

“If this was your child, what would you try?”

Here was their feedback that led to “Ben’s cocktail”

1 Docosahexaenoic Acid (DHA) in a relatively high dose (40 mg/kg to 120 mg/kg of body weight). DHA works to suppress inflammation. You can supplement with DHA rich foods (wild caught salmon, etc.), but this alone won’t give the dosage likely needed if already autoantibody positive. You can get an algal version that is DHA only, but fish oil works too. Just focus on the DHA number on the label of whatever source you are using.

2 From experts in Nutritional Epidemiology – remember the Vitamin D. Consider reading papers about Cod Liver Oil (CLO) and correlation with the risk of diabetes.

3 There was a question about whether or not gluten has a role to play. Every child with T1D and immediate family member should be screened for the autoantibodies for celiac. (http://www.ncbi.nlm.nih.gov/pubmed/23469110)

5 Controversial addition: Adding aspirin to DHA makes sense, but it is controversial; you should consult your doctor. The importance and potential of Resolvins is coming to the forefront. (http://www.ncbi.nlm.nih.gov/pubmed/21867913)

So the answer to my question, “What would you do if this was your child and he/she has more than one autoantibody plus a first degree relative?” came back unanimously about supplementation with DHA, Vit D, green tea, nicotinamide, and a multi-vitamin with zinc. They all said they would try it – back then, the Resolvin research had not yet been described.

He stayed on the cocktail and remained negative until 5/2010. About age 14, he thought he knew EVERYTHING and started “pocketing” the supplements. After skipping the DHA, he became autoantibody positive again, and was convinced to go back on the “cocktail”. That worked for a few years, and then he went away to college and chose to skip again. This led to another scare with autoantibody positivity. He went back on the DHA and reversed again, and didn’t have any more autoantibodies for many years. At age 28 and went off the cocktail. He thought the risk was gone and also started on a diet for his heavy weight lifting competitions that was very high in n-6 (lots of bacon). He then tested positive for one of the newly defined autoantibodies (ZnT8). So…the journey continued. He agreed to go back on fish oil (he started taking Carlson’s “The Very Best” lemon flavored – but now he is taking OmegaRx2 from Dr. Sears’ Zone web site). He stores it in the freezer and says it tastes fine. Personally, I take DHA-450 capsules I order from Walmart. Anyway, good news again – his ZNT8 autoantibody reversed! This roller coaster of watching him go up and down has correlated with HIS choice of whether or not to take supplements. He was told he would become diabetic when he was 11 within “months”, and he just turned 30! So 19 years later, I am glad that he has been willing to give it a try.

My daughter has never been autoantibody positive, even though she has the highest risk profile (identical to her diabetic brother). I bring this up because a child at high risk without autoantibodies may benefit too. With her, we tried DHA plus vaccination for chicken pox and BCG. Who knows what worked – but she has made it to age 22 without autoantibodies.

Resolving inflammation is a problem with a practical solution. We know inflammatory cytokines are elevated prior to the onset of Type 2 diabetes, and inflammation can also predict who develops gestational diabetes. So we looked at how this might affect prevention of T1D. This was just “observational only” , but it is worth a read to see who are the “reverters” and “non-progressors”. (http://www.ncbi.nlm.nih.gov/pubmed/15448085)

The pilot study to look at DHA or placebo in pregnant mothers and infants was called Nutritional Intervention to Prevent (NIP) Diabetes. The DHA was well tolerated, and participants were compliant. Fatty acid and inflammation levels were measured. The study was not powered to show prevention, but it did show that a larger and longer trial could work. (http://www.ncbi.nlm.nih.gov/pubmed/25039804)

This dietary intervention approach meets the “Three Legs of the Stool” which requires that it must be SAFE, EFFICACIOUS and AFFORDABLE in the general population.

Limiting inflammation through the use of high dose DHA has been proven to be safe and effective in other related autoimmune disorders such as rheumatoid arthritis and lupus.

Families are frustrated by the lack of progress regarding intervention. The experts state that if you have two or more autoantibodies, you are going to progress. This is after decades of “observational only” studies.

Rationale for Giving this a Try

DHA supplementation along with supplemental Vitamin D may prevent autoantibody development in children at genetic risk. Perhaps this protection is due to suppression of inflammation. This theory is based upon epidemiologic and observational data as well as animal and human studies. Perhaps people at risk have an increased propensity for inflammation? In this case, DHA administration may result in inhibition of inflammation and block events associated with development of autoimmunity. The incidence of T1D is increasing, and the lack of omega-3 fatty acids in the diet may have a role in this increase. 100 years ago, consumption of n-6 to n-3 fatty acids in the diet was at a 1:1 ratio. Now the ratio is about 30:1.

The observation that cod liver oil was associated with a lower risk of T1D suggests the possibility of a synergistic effect of the components of cod liver oil. At about the time T1D started to increase, the recommended IU per day of Vitamin D was dropped from 2000 IU to just 400 IU per day. It was also about this time when baby aspirin (also anti-inflammatory) was taken off the list of recommended solutions if a child had a virus.

It is optimistic to hope supplements will prevent T1D, but can we can prove that reduction in inflammation will result in a reduction of levels of autoantibodies and reduce the numbers of those who are progressors?

A study was conducted to determine if the absorption of DHA from capsules containing DHA oil derived from algae was absorbed as well as DHA derived from fish.

Here is their Generally Recognized as Safe Letter (GRAS): http://www.fda.gov/Food/IngredientsPackagingLabeling/GRAS/NoticeInventory/ucm462744.htm. You can get this as DHA-900 at Walmart or Expecta at Walgreens.

Who is giving this a try

With all of the above participants, here are a few ideas:

As parents and those with T1D ourselves, we are each able to weigh the potential benefits of nutritional supplementation against the costs and inconvenience. For those interested in sharing their routine, let us know if sometime in the future it would be o.k. to have a researcher contact you.

You are probably interested in calculating the right dose of DHA. 40 mg/kg of body weight is sensible – perhaps up to 120 mg/kg per day. As mentioned before, the addition of aspirin is controversial – but read about Resolvins and discuss with your physician.

Here is a calculator for converting mg/kg if you are more comfortable with pounds: http://www.thecalculatorsite.com/conversions/common/kg-to-pounds-ounces.php 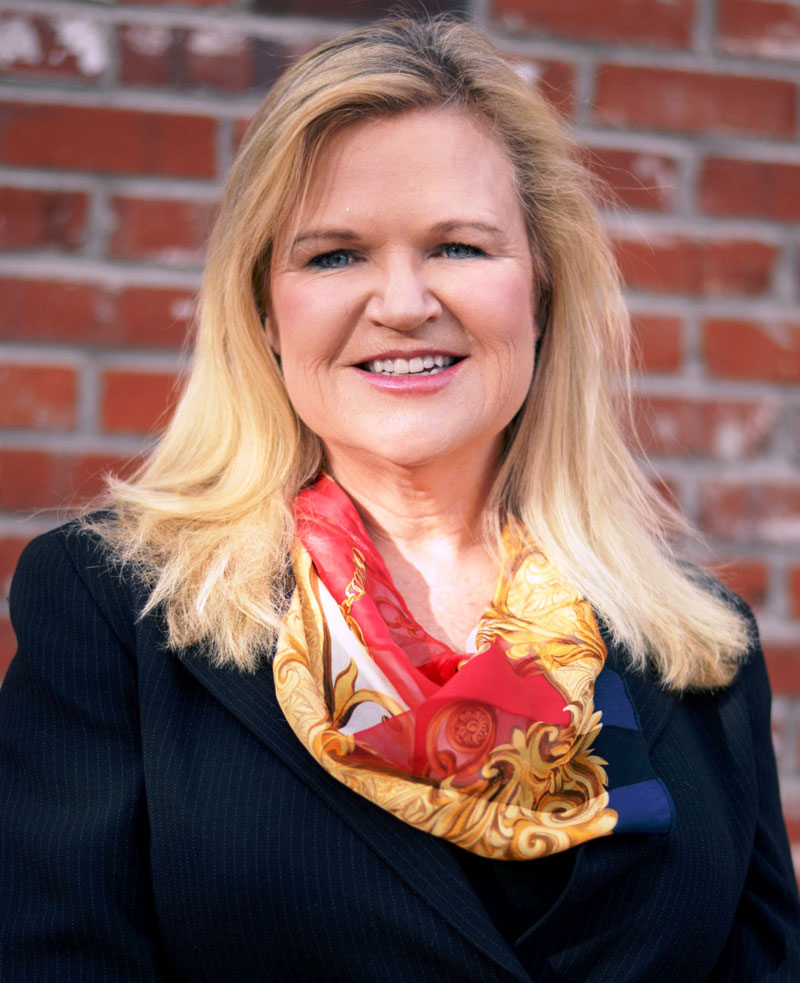 If not already enrolled in an observational study, consider doing so. Here is the web site for TrialNet:
http://www.diabetestrialnet.org/studies/

Please contact me at [email protected] for more information

Thanks for reading this!
Sonia Chritton

Raise Awareness for Diabetes in November!

The #BlueStreakChallenge brings attention to Diabetes Awareness Month. A streak of blue in your hair is a conversation starter and lets other families with Diabetes know that others are supporting them.